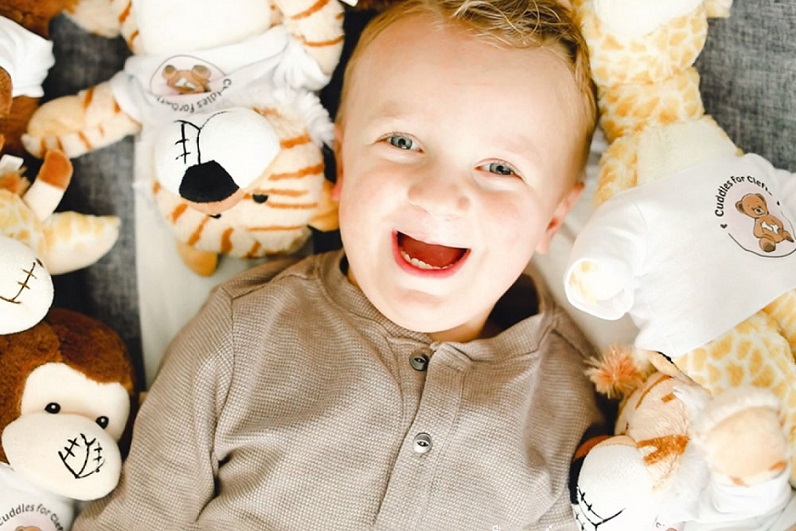 When I was pregnant with my second child, I went in for a routine doctor’s appointment at 19 weeks. I was stunned when the doctor came back and told me our son would be born with a cleft lip and possibly a cleft palate. I instantly became a pool of tears. The doctor really didn’t know how to handle such a diagnosis. He told me to pick a strong name for my son and then hurried me out the door. Our family was shocked. I felt alone and desperate. I could only focus on the television images I’d seen where they’re asking for support for children overseas who needed surgery.

A turning point for me was when I connected with a mom who had a cleft-affected daughter. She opened my eyes to the incredible cleft community. How they support one another. In fact, a member of that community sent us a care package when our son went in for his first surgery when he was four months old.

And that’s when the idea for my ministry began.

Cuddles For Clefts is a nonprofit organization with the mission to provide comfort and support as you or someone you love goes through a cleft-related operation. We want to come alongside you to show that you are not alone in your journey.

We do this by providing a care package, called a Cuddle Pack, that is sent to the individual undergoing surgery. Each Cuddle Pack includes four items: a t-shirt or onesie which says, “Every Smile Has a Story”, a teddy bear with a scar stitched onto it to match what the recipient will have post op, a book entitled Shining Stars by Krystian Leonard, and a note of encouragement.

On our application, we ask what type of cleft the child has. There are four most common clefts and the bears in our care packages have one of these four scars embroidered onto them. However, if another type of cleft is needed, I will personally stitch a bear so that it has that specific scar. We want that bear to match the child’s scars as closely as possible, so the child feels less alone.

Our prayer is that we touch these cleft families by supporting and loving on them during what can be a stressful time. It costs $25 to sponsor and ship a Cuddle Pack for a child in the United States or $30 if it’s a child that lives internationally.

Our organization began in January of 2017. We ship an average of 1,300 packages each year, about 25 a week. As God has expanded our reach internationally, we have now sent packages to over 30 different countries. About 20% of our packages are shipped internationally. I’m amazed where God has taken this!

About a year ago, we launched our Diagnosis Packages that we send to doctor’s offices, clinics, and hospitals to distribute to patients who are receiving a cleft diagnosis for their child. Giving a medical diagnosis to a family is difficult. This package contains resources that can be distributed to the parents when they are first made aware of the diagnosis. From the beginning, we want these parents to know they are not alone, that there is a community of people who have walked this path and can help them navigate it.

When we first received our son’s diagnosis, it rocked our world. We assumed our second pregnancy would go as smoothly as our first, but it didn’t. I’m a person that likes to have everything planned out, but I couldn’t control any of this. Despite my desire to be able to change my son’s diagnosis, there was nothing I could do. If God had a plan for my child, which He surely did, then I had to trust Him. My faith grew as I learned, the hard way, to trust God; to turn things over to Him and realize that He has all things under control. As we trusted in Him, we were blessed with an incredible gift and an opportunity to love on others that I wouldn’t change for the world.

It’s been an amazing journey to see how God has guided and grown this organization beyond what I could have imagined. My life and faith have been forever changed and I continue to learn to completely trust Him. 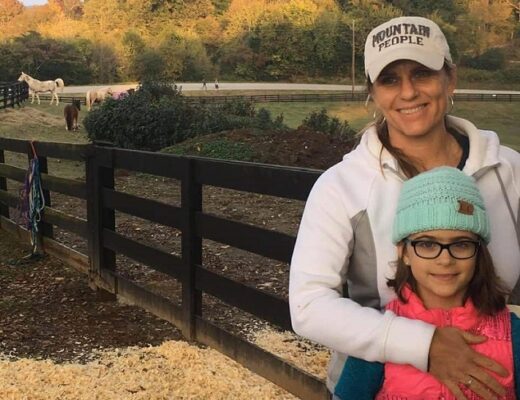 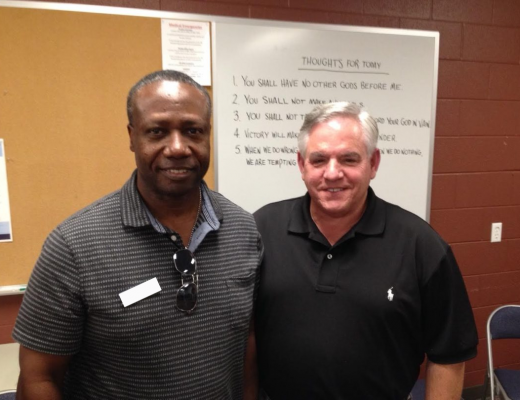 BEING THERE FOR THESE BOYS 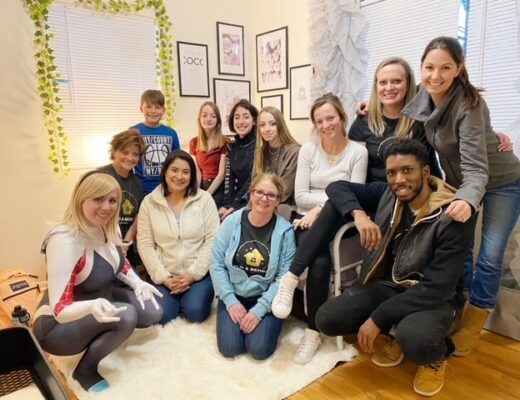